What will you get?

What additional costs will you incur?

Timeframe for the services to be rendered?

You will learn from our staff what you need to provide for the preparation of documents.

Non-profit organizations can be created in various forms, depending on the purpose of their creation.

Unlike commercial organizations registered by the Inspectorate of the Federal Tax Service of Russia, the state registration of most non-profit organizations is carried out by the Main Department of the Ministry of Justice in the constituent entity of the Russian Federation.

In addition, the Main Directorate of the Ministry of Justice for St. Petersburg or the Leningrad Region conduncts a legal expert evaluation, checks the compliance of the submitted documents with current legislation, and in case of violations, requests to write an application for voluntary refusal of registration with return of a set of documents or reject registration.

The conclusion from the above is as follows:

The Cost of and Time for Registration of non-profit organizations

The cost of registration of the creation of an NPO is 25,000 rubles; the state fee is 4,000 rubles. Included in the price, notary fees are paid separately, the cost of the notaries is approximately 2500 rubles per founder. Registration period of 30 days + 4 days for the preparation of documents and the development of an individual charter.

The cost of amending the charter of an NPO is 21,000 rubles, the state fee of 800 rubles is paid from the current account of the NPO, the notary fee is charged separately, the cost of the notary is approximately 4,000 rubles. Registration period of 30 days + 4 days for the preparation of documents and the development of an individual charter.

The cost of making changes to information about NPOs in the Unified State Register of Legal Entities is 10,000 rubles, notary fees are paid separately, the cost of notaries is approximately 4,000 rubles. Registration term from 30 days + 2 days to prepare documents.

Information about the documents and data necessary for registering a non-profit organization of a certain organizational and legal form can be obtained by contacting us via e-mail or by phone.

In the course of commercial activities in connection with the change of the name of the organization, location, composition of participants and other circumstances, it is necessary to make changes to the constituent documents and information about the company contained in the Unified State Register of Legal Entities.

Specialists of our company in the shortest time will prepare for you all the necessary documents submitted for state registration of the above changes.

Media registration is a mandatory procedure that precedes the legal production of media products. Not only the possibility of its registration, but also the subsequent functioning in accordance with the law depends on the accuracy of compliance with strict requirements to the procedure for creating media.

The network contains a lot of scattered information about how to register media. And often this information is rather contradictory. Therefore, to register the media is best to contact lawyers.

Advantages of Working with Us:

Our company entirely takes over all discussions with the authorities involved in registration, as well as following up on the entire process of its obtaining and addressing the controversial issues.

We receive a Certificate of State Registration of the media and hand it to you, that is, we help to carry out the entire cycle, while monitoring the process at all its stages.

As practice shows, both economic growth and crisis phenomena in the economy lead to the fact that the management of legal entities is forced to revise the strategy and tactics of doing business. In most cases, the economic situation of an enterprise can be improved, the competitiveness of its products can be increased, new investors can be attracted, or the reorganization procedure can be used to optimize the structure of the organization.

Depending on the tasks, the reorganization can take place in different forms.

Transformation in the form of a merger is chosen by companies that want to combine their assets. In this case, several societies (two or more) cease to exist, and a completely new entity is formed instead of them. At the same time, all assets and liabilities are transferred to the new company in accordance with the deed of transfer.

In contrast to a merger, in a reorganization in the form of acquisition, there is one, usually larger or better known company (main), which is joined by one or several smaller ones. As a result, the activities of the merging entities cease, and their rights and obligations are transferred to the main one. At the same time, the status of the company to which the merger is carried out does not change, the reorganization for it consists in accepting the rights and obligations of the merged company in accordance with the transfer act.

Reorganization in the form of division is usually required in the case when the company has a corporate conflict between the owners, and they are forced to divide the company among themselves. In the case of division, one company ceases its activities, and in its place several new legal entities appear, to which all property and obligations of the reorganized company are transferred in accordance with the deed of transfer. At the same time, it is not necessary that the property and obligations of the company will be divided proportionally between the new companies. Division occurs by decision of the general meeting of an entity being divided and on the basis of a deed of transfer.

The essence of the transformation lies in the fact that one entity of one legal form (for example, AO) ceases to exist, and its full successor in all rights and obligations to become a new entity with another organizational and legal form, for example, an LLC. At the same time, the rights and obligations of the reorganized legal entity in relation to other persons do not change, but are transferred in full to the new company. The new entity can even keep the old name (with the exception of the legal form), the old address, etc. Succession in the transformation allows you to solve many problems in a simplified manner (for example, if the Company has a long-term lease agreement registered with the Rosreestr, there is no need to register it again – it’s enough to make an additional agreement. There is also no need to close the current account of the reorganized company. Many banks would simply reregister it to the new entity). 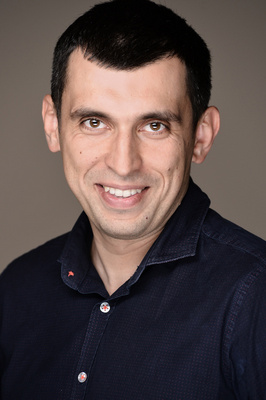 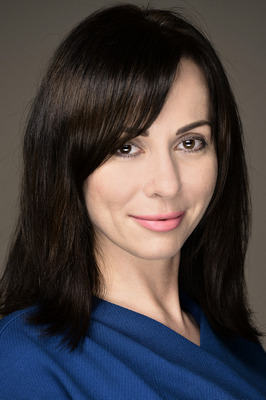