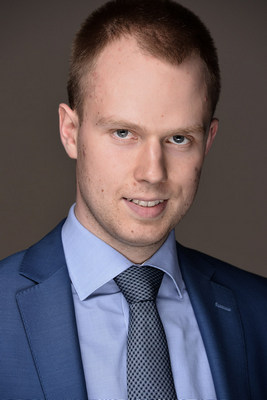 Pavel Balyuk is an attorney and a counsel at Legal Studio.

The main area of activity is representation of interests in courts of all instances in disputes related to real estate. Along with the judicial representation carries out  legal support of deals in real estate, evaluates legal risks for such transactions, interacts with state bodies.

In addition to real estate issues, provide legal support within the framework of commercial activities of companies, as well as advises on intellectual property rights protection.

Protection of Client’s interests in the courts of three instances on issues of illegal collection by the Property Relations Committee of excessive amounts of penalties under the contract for the repurchase of immovable property in connection with delayed payments. The result was reduction in the penalty of more than 4 times and the withdrawal of the application of a sanction in the form of a fixed fine.

Legal support for a resource-supplying organization’s activity in regard to provision of public utilities in the sphere of water supply and sewerage. In particular, the conclusion, amendment and termination of lease contracts for sewage treatment facilities with local governments in the framework of preferences and FZ No. 115 of 21.07.2005 “Concession Agreements”.

Representation of Client’s interests in the framework of an appeal of the Inspection Act of the Northwest Department of Rostekhnadzor, in which it was stated that documents and records on the data entry into the IMRN in regard to a connection of  an  external gas pipeline of the medium pressure to the  main production building were missing.  Nevertheless, in the absence of qualities of an independent property, the ownership of the gas pipeline is not subject to state registration, regardless of its physical characteristics and the presence of separate elements.

Legal support for the transaction of purchase and sale of a sea vessel (Yachts) between a citizen of the Russian Federation and a non-resident.

Legal support for the transaction between a representative of an Austrian holding and a large Russian dairy production company on a sale and purchase of a butter production line.

Representation of interests of a Client (supplier in the food industry) in the framework of tripartite negotiations between the buyer, seller and supplier of equipment – a Swiss company, where the supplier provided guarantees of the quality of the delivered equipment and goods manufactured by it.

Representation of Client’s interests in the Arbitration Courts and the Intellectual Rights Court on the protection of exclusive rights to the industrial design and trademark. As a result, the decision was made to ban the violation of the exclusive rights of the Client and the recovery of compensation in the amount of 1 000 000 rubles.

Advising an international medical center on issues of leasing non-residential premises for use in the organization of a multidisciplinary medical clinic.

Legal support for the developer’s activity at the completion of a construction of a multi-dwelling house and the transfer of apartments to the shareholders. Along with the legal support for the activity, the interests of the developer were represented within the framework of litigation concerning the issues of ownership of the apartments, work shortages and the imposition of a penalty for late delivery.

Business Petersburg – Lawyer Of The Season in the autumn of 2016