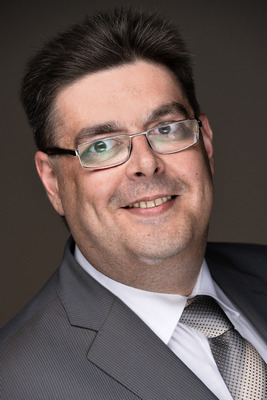 Mikhail German is a senior lawyer of the Department of Judicial Practice and Legal Support, formerly a federal judge of the district court of St. Petersburg. During this period, Mikhail has accumulated extensive experience in conducting litigation in various fields of civil law in Russia. While working in the courts of general jurisdiction, Mikhail drafted the legal positions of the courts in the framework of the complaints lodged against the Russian Federation in the European Court of Human Rights, which were subsequently used as the basis for objections by the authorized representative of the Russian Federation in the said court. He also drafted comments and proposals to the decisions of the Plenums of the Supreme Court of the Russian Federation, as well as to other draft normative legal acts.

As a senior lawyer, he successfully represented the interests of the Russian Science and Technology Center (specialization in the field of detection technologies for explosive and radioactive substances) in the international dispute at the Helsinki Chamber of Commerce and Industry with the Singapore company about the delay in payment for the goods delivered.

For a long time he provides legal support to the corporate activities of the Research and Production Enterprise in the framework of its corporate restructuring and prevention of a corporate raider seizure. As a result of this representation, a unique enterprise in the field of radio electronics, which enhances the defense capability of the Russian Federation, has been preserved.

Representation of the interests of a large construction company in St. Petersburg that carried out the construction of facilities for the World Cup in football in 2018 in a dispute with the Federal Tax Service of Russia, which arose on the results of a field tax audit, made it possible to reduce the amount of tax claims 5 times.

Being a specialist in the field of labor law in Russia and having experience in the consideration of labor disputes, he represented clients in the framework of disputes on reinstatement at work, the consideration of which resulted in satisfying the client’s claims, despite the fact of missing the statute of limitations for applying to the court by more than two years .

Also, in the dispute over the establishment of the fact of labor relations, the obligation to conclude an employment contract and to recover the wage arrears in the amount of more than 1 000 000 rubles, not only did we manage to finish the litigation in one session, but also, thanks to the developed tactics for the plaintiff’s deposition, to obtain a court decision to refuse satisfaction of the presented claims.

In addition, in the dispute over the recognition of a real estate collateral agreement concluded by a representative of an individual acting on the basis of a power of attorney in his own interests, in which Mikhail represented the defendant’s side, despite the established judicial practice according to which such transactions are recognized as invalid, it was possible to prove the validity of such a contract, as a result of which the claim was rejected.